Last week about thirty of us slaves of Christ were doing some theology about Paul’s teaching in the New Testament and how it could inform how we think about our “social action.” The two-tiered idea we explored has proven helpful to many people so far. See it for yourself in this article.

One of the places where we could see Paul’s two-tiered thinking was when he related to slaves. In this day, when people are into the idolatry Trump preaches, in which young people are chained to their survival jobs and debt, when white supremacists are trying to re-enslave African Americans, and in which we are all tempted to bow in fear before the Tweeter-in-chief, we may need to think about freeing the slaves more consciously than ever.

First, if we want to get anything out of Paul’s thoughts on slavery, we have to remember that when he speaks to women, Gentiles and slaves seriously as members of the church, his respect is subversive. We often forget, as we turn our “imperial gaze” on the “others” who are minorities and marginalized, that Paul is writing as one of those “others.” He and his little groups of persecuted misfits are not speaking from a position of privilege and power. His view is small; he has become small; the people in his church plants are the “others” in their towns and villages. So he writes from “under” not “over.”

One of the first tasks in understanding him is to let go of any imperial outlook, the supposed privileges of being an American citizen, the protection of the huge military apparatus, etc., and become small enough to need a Savior, to act as a slave of Christ. Translators during the Reformation undermined our understanding when they decided that translating the common Greek word for “slave” as slave was too demeaning and tidied  things up by using the word servant  instead (which is a big difference). In Philippians 2:7, for instance, Paul describes Jesus as taking on the condition of a slave. It is much more realistic, isn’t it, to see how humankind oppresses Jesus than to see Jesus as serving up salvation to us as we decide whether we want it or not. In order to hear what Paul, the slave of Jesus, is teaching, we’ll have to get into his slavish shoes.

Once in Paul’s shoes, we can see what he is talking about. His thoughts are a lot bigger than whether a person is going to gain social or political freedom. That achievement would be frosting on his hope cake. The cake is being freed from the need to be freed from what humans do to you and being a grateful slave to the salvation that Jesus is working into us. Here’s just one example of how he thinks:

“Whatever you do, work at it with all your heart, as working for the Lord, not for human masters, since you know that you will receive an inheritance from the Lord as a reward. It is the Lord Christ you are serving” – Colossians 3:23-4. That last clause should read: “It is for the Lord (master) Christ you are slaving.”

Everyone who is thoroughly trained in democratic equality and the centrality of human choice (the general God-free zone of Western thought these days) is likely to think those lines are heresy; it might even feel icky to read them, taboo. Slaving?! Paul has none of those qualms. He finds it an honor to be a slave in Christ’s house as opposed to being a ruler in a house of lies. God is a “master” beyond anything Hobbes, Rousseau or Ayn Rand could imagine. 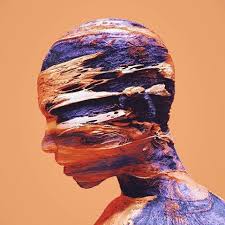 So when he goes on to talk to slaves, locked in their situation with masters, benign or despotic, Paul has a variety of options for them. His first tier thinking makes him completely free to do the best he can with what he’s got in the day to day, passing-away, fallen world. So he says to his brothers and sisters in Colossae:

“Slaves, obey your earthly masters in everything; and do it, not only when their eye is on you and to curry their favor, but with sincerity of heart and reverence for the Lord…. Anyone who does wrong will be repaid for their wrongs, and there is no favoritism.” — Colossians 3:22, 25

Elsewhere, of course, he advises slaves to get free if they can. And he tells Philemon to treat his runaway slave as a brother, or to just charge him whatever it costs to set him free.

There are no slaves in Christ. A slave in the world is God’s free person. A free person in the world is God’s slave. This is hard to translate for people who believe the delusion that law makes them free and rational rules and education will prevent suffering. Paul might respond to such ideas, as he did, and say, “Though I am blameless before the law, I am God’s prisoner, a lifelong felon freed by grace.” Similarly, no one works for human masters, we do whatever we do for the Lord. Even when oppressed, we experience the hope that we will have our reward and the oppressors will get theirs.

How do we take action?

So what do we do in the face of the oppressive masters beating down on us and the world? Pray harder, safe in our salvation? Absolutely. But that is not all. We are already taking action in many more ways. I think we summarize what we do well in our statement of our mission.

Loving the thirsty people of our fractured region,
we keep generating a new expression of the church
to resist and restore with those moved by the Holy Spirit.

We resist. I am Christ’s slave. That is a defiant statement of resistance. My existence is resistance. I will never be a slave to a human, no matter what one does to me: buy me, imprison me, or take away my livelihood. I will always belong to the Lord, forever. And, as Jesus demonstrates, in a very real sense, Jesus will belong to me forever. He has made Himself our slave.

We restore. I am an obedient slave. My work is well-ordered. Jesus is the Lord of all and we are making that known and effective, day by day. We restore by reorienting people’s identities to align with their salvation. We restore by relentlessly loving in the face of hate and indifference. We restore by telling the truth in the face of lies. We restore by sharing our resources and making peace. And, I think most important, we restore by practicing the kind of mutuality that creates an alternative community that is not allied with the powers that dig up the world and destroy connections between God and people like hurricanes blasting through our village.

Our existence is the fount of our resistance. We can only hope that the country will be put to right soon. But even if it isn’t, we know who we are and we know what to do.  Being knit together in the love of Jesus is more important than ever, isn’t it!

2 thoughts on “For the slaves of Christ, existence is resistance.”