Is frustration with the church that common?

I thought his piece actually had a broader base than just pastors. I know that people from “traditional” churches rooted in the European past who are now part of Circle of Hope resemble a lot of the characterizations he lists — they often can’t figure out why they are so disenchanted. After I dashed off my reactions and gave them to our pastors, I thought the dialogue might be interesting to anyone who is part of Circle of Hope or who is just checking us out to see what church is like these days. So here is my rewrite for you.

I rewrote my friend’s complaints and numbered them. My replies are in italics. Sometimes I sympathize with him. But sometimes I protest. I think people would be less frustrated if they changed their minds and kept up with what Jesus is doing now — so sometimes I am talking back. Like our proverb says: Those among us from “traditional” Christian backgrounds are dying to our precious memories of “church” in order to bring the gospel into the present with great flexibility. I am trying to move with that. 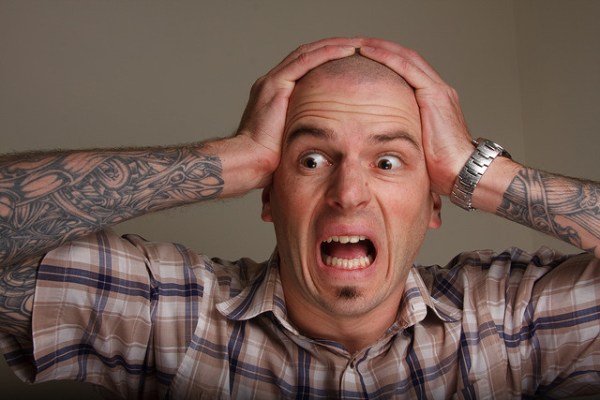 You might experience one of these thirteen frustrations so deeply that you are ready to check out of the church – maybe you already have. Maybe it is hard for you to sit through your once-a-month visit to the Sunday meeting without focusing on how disconnected you feel. Let’s talk. Warning: this is a lot of big thinking in a little space ahead. But let’s talk.

You didn’t know this would happen when you signed up for Jesus years ago — that your faith would increasingly be derided. It’s no fun.

I can’t imagine how anyone ever thought the movers and shakers had done more than tolerate Christianity to begin with. If my faith were not derided by the powers, I’m not sure I would be following Jesus. It is still not “fun” to be an outsider, I guess, but I signed up for more than fun.

But then they go to the seminar, read the book, watch the program and try it– and it doesn’t really work, at least not for long. So they go looking for something else and the cycle continues.

It is true. Nothing works, exactly – even the science that purports to be exacting. So why would one get sucked into the vain promises of a whole industry based on selling solutions to the perennial problems of humankind? Life is more like keeping the jungle from swallowing your farm than like putting together an IKEA cabinet with poor, but ultimately effective instructions.We’re alive, no matter how they try to package us.

They can be so busy producing exemplary programs for church, they haven’t pursued friendships where they can just be themselves. This is crushing over time.

Being an example of a real human being in relationship with God is the incarnational  dream job. Why would anyone let themselves become a program producer rather than a person. Why would they tolerate being an inauthentic example of something they aren’t? (And then blame their choice on others?). Holiness is not a product, it is a relationship.

For some you’re too liberal, for others too conservative, etc. And people have less and less tolerance for what they don’t immediately resonate with.

Therefore, your sense of self and personal value is tied to whether your church feels successful, whether you fit into it, whether it pushes your buttons or makes you feel happy. This can be hell in bad times and not much better even in the good times.

So true. A person who has spent more than six months as a Christian and has not started on a deeper path of faith could easily get stuck at some infantile level — thinking the church is supposed to mother them, when God is their parent, projecting all their distress on the church when Jesus has dealt with everyone to blame.

It’s a new day. Most church people have not caught up to this yet. Therefore, you may feel like you are cut off from the lived experience of most people. It is confusing to not know what to do.

It’s true, many people have jettisoned the Enlightenment-dominated, condemning, colonizing European Church for yoga, AA, Oprah and all sorts of self-centered and/or nurturing spirituality. But is this really new? These kinds of philosophies have met Christians in every era of history. I’m not sure it is new unless you won’t let go of the old.

The old guard wants people to “stand strong,” younger people want to innovate, and most of our neighbors couldn’t care less. It feels like a no-win situation.

True. It can be depressing. But, I must say, before I was part of Circle of Hope I led one of those churches the leaders of the denomination (and professors who write stereotypic stuff about Jesus followers) thought would make a war. They were wrong about most of the people. Most people were honestly sorting out life and honestly wanted to be Jesus followers. We should love people (including ourselves) and not just assess them. We don’t need to “win” situations.

They don’t really get involved there — it’s just easier and it doesn’t challenge them. Secretly, you’re angry and hurt. Mainly because you suspect megachurch pastors are self-obsessed businessman masquerading as pastors.

I don’t think it makes sense to demonize megachurch pastors (even if the characterization above is true at times). So there’s that. And I agree that a lot of people are banal consumers. So there’s that. But why don’t we do the best we can to nurture faith, hope and love in the partners we are given? (Who’s self-obsessed?) The big threat of our era is the inability to be who we are where we are instead of always standing outside of ourselves taking a picture or imagining some other experience instead of the one we are having.

But, you get lumped in with the rest of them. When you try to differentiate yourself from them, believers accuse you of being “negative” and “divisive.”

I don’t know who these big names are, really (who watches CNN?). Barack Obama is a big name and I usually like his sermons (if I forget about drones for a minute). Why not talk back to people who obscure the way of Jesus and not worry about accusations? Jesus was accused of being demon-possessed. You will rise again.

That seems like work, not what you hoped for: nice relationships, satisfying dialogue about deep things, learning to pray.

Helping each other share, living according to a common vision and purpose, doing our part to knit people together in love, being a non-anxious, healing presence are all the results of relationships in Christ, dialogue in faith and prayer. There is a strange yearning for religion that is not in a real body: my own or the body of Christ. But that kind of private “spirituality” it is not following Jesus. Sharing God’s love in practical ways sounds like Jesus, not just ”work.”

But daily life with kids and jobs does not leave a lot of time for Facebook, even, much less all the other stuff that keeps rapidly changing. You simply feel like you can’t keep up.

I am not sure relevant is that relevant. I have never been as cool as I purportedly should have been and people have received the love I have to share. Pop culture is designed (now, VERY designed) to make sure no one can keep up, just keep consuming. Why would you get embroiled? Jesus can visit the culture, but if we hitched his wagon to it, wouldn’t our witness be discarded along with the leavings of the last fad? I think we can relate to whoever, whenever, but we don’t have to wear a costume to do it.

You’re supposed to be an eloquent spokesperson, a leader of something, a virtuous mate and parent, an extroverted friend, a knowledgeable confidant, a serious Bible student, etc., etc. Who can do all of this?

This is probably, even deeper, a nightmare of the isolated individualist, condemned to do everything by herself. Faith is supposed to be lived in community. If we rely on one another, we are not required to be all things in ourselves. Putting on a spectacular false self is not Christian — trying to do the best one can with what we’re given within the community of faith is. The answer to the question, of course, is Jesus has done it and Jesus lives in me. If I thought I could do everything, I wouldn’t need a Savior.

Either way, people base their decisions on their personal opinions and wants and they have very little understanding of how churches and ministries actually operate or how to have a healthy conflict on the way to something better.

The church is the body of Christ and decisions can be made in a variety of ways in an atmosphere of trust. Making a false dichotomy between personal and group, general understanding and personal opinion is perpetuating the problem. So there’s that. But let’s acknowledge just how terrified people are about what is going to happen to them if they trust someone, like their church leaders or covenant partners. Millions of pieces of media since 9/11 have heightened fear. The present U.S. presidential campaign is stoking fears and inventing even more conspiracies than legitimately exist. Let’s not conform to that. The church is the Lord’s alternative to the self-destructive ways of the world.

Although I am sure many of my readers today can resonate with my friend’s list of frustrations, I honestly think we are dealing faithfully, honestly and effectively with those things as Circle of Hope. We did not just get frustrated and leave the worldwide or historical church. But we don’t mind being what seems to be alternative to much of it. We are not damning the changes in society (and actually applaud many of the contributions of postmodernism), but we hardly feel like we have to defend the culture, or even participate in it when it does not suit the purposes of Jesus. Most of the frustrations voiced above seem like they are based on assumptions that no longer have any value or on feelings that have not been explored in the arms of God.

Honestly, I think we do pretty well with people who are just unconsciously frustrated, too. The way of Jesus has many paths leading to it; we all seem to have an interesting variation on the journey, some are very bumpy, but there is one Lord leading us. Sometimes it is frustrating. Sometimes we feel like giving up. But we don’t really need to get messed up just because things are messed up, do we?